We crave your indulgence to deviate a little from the regular health beat to do a bit of 2023 political health preview.

On the march again, looking for the man or woman to occupy the exalted position of Executive President of Federal Republic of Nigeria in 2023. Who should occupy the position? The aspirant with a sound physical health; sound mental health; sound emotional health and of course sound organ health.

Yes, it’s natural to be sick and consult a physician who prescribes a treatment procedure to recover from the ailment. But when the sick person’s consultations and treatment in public/ private health facilities including specialized and or university teaching hospitals within the shores of Nigeria, are seemingly not efficacious enough for the healing and he or she had to embark on medical travels abroad, such a patient is not just sick, but herein termed Sick Plus. 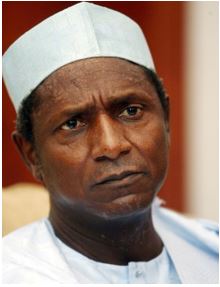 Nigeria and Nigerians in their recent checkered history has had the misfortune of having two of the elected presidents in the Sick Plus category. Late Umar Musa Yar’adua, with all his lofty ideas on growth and development for the country, could not achieve much as he spent most of his time on hospital bed abroad battling an ailment that eventually killed him, making him the first president who died, not on account of a “coup bullet”, but as a result of an ailment while in office. Yar’adua, spent, according to reports, a total of 109 days on medical trips in 32months.

President Muhammed Buhari, so far has spent much more times on medical travels than Yar’adua. The man who rode on change mantra to become the President of the Federal Republic of Nigeria in 2015 have since seen his vision to change Nigeria by ridden her of corruption hampered by his own medical changes on hospital bed abroad. Buhari may genuinely wanted to fight corruption, the main albatross to Nigeria growth and development, but his sick plus health status appeared to have let him down.  Yar’adua and Buhari, two leaders who, at different times, passionately planned to make Nigeria great but whose plans to actualize the vision got distorted by their sick plus status. 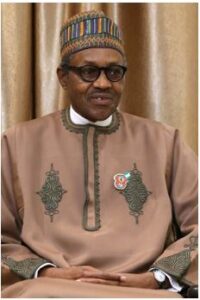 While they were on medical vacation, Nigeria spent huge foreign exchange to sustain them. And because they rarely properly transfer the reins of power to their deputies, their absence allowed their cronies to seize and misuse the power. In the case of Yar’adua, his absence almost created a lacuna but thanks to the ‘doctrine of necessity’ used by the national assembly to transfer power to the then Vice President, Dr. Goodluck Jonathan as Acting President, before he eventually became the president in 2010 after the death of Yar’adua. The national loss arising from the ill-health of the two leaders is very huge.

If we do a comparative balance of payment analysis, Nigeria has been servicing other countries’ health facilities without a corresponding patronage on Nigeria’s health facilities from abroad. According to a Central Bank of Nigeria (CBN) balance of payment data, Nigerians spent $11.01 billion on medical treatment overseas in 10 years, between 2011 and the first quarter of 2021. The highest amount was in 2019 ($2.56 billion) and the least in 2016 ($17 million). This surely, is a capital flight that depletes foreign reserves and weakens the naira.

The race to Aso Rock has started again. The number of politicians that want to succeed Buhari is swelling by the day. All of them claiming to be the best candidate for the exalted position. But how good are these candidates?

Our concern on Citizen Comfort is on the health status of the would-be President of Nigeria come 29 May, 2023. Nigerians cannot afford another ill- health president that will be presiding over the affairs of the country from hospital bed abroad. Nigerians should guide against electing another president who will be receiving ministers and other government functionaries in overseas hospital executive wards.

Though, we may not have insight to the health status of the contenders for the post of the president for 2023, but we know that many of them have long catalogue of health tourism. The task before the Nigeria’s electorates is to use their voters’ card to prevent any of the aspirants with health tourism report from getting to the office.

Age is another determining factor of health status. The senior citizens particularly from the Septuagenarians and above are most vulnerable to old age sicknesses. And this is a global phenomenon. The advanced countries can afford to elect a septuagenarian leader because of the confidence they have in their health system, and because their leaders will not abandon leadership for health tourism at the slightest health challenge. This, of course, is not how our leaders behave. Our political leaders embark on health tourism at the slightest health challenge and leave the citizenry on auto pilot.

Good Hand Hygiene & Others Prevent Infections by 70% -WHO

Citizen Comfort website is not an alternative consulting room but a platform for health information and guidance
Contact us: compack2006@yahoo.co.uk
© Comfort Citizen